Thank you to everyone who joined us for the Ethnic Studies Community Forum on October 1. Click the link to view the recorded event. 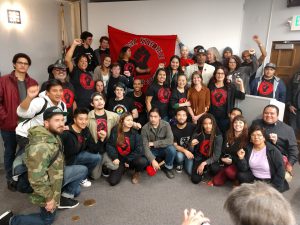 Ethnic Studies benefits all students by providing a complex, rich, and critical history of the United States. These classes will help prepare our students to be global citizens with the knowledge of and the appreciation for the contributions of multiple cultures and histories. Research demonstrates that an Ethnic Studies curriculum can help close the education debt owed to students by improving our ability to engage students, which results in improved student outcomes such as increased student attendance, a reduction in push-out rates, and increased graduation rates.*

SB Unified has taken significant steps since the Ethnic Studies requirement was approved including the piloting of two cornerstone classes: English 9 Ethnic Studies and a social studies elective course, Ethnic and Social Justice Studies. We identified teachers to teach the courses, the ES Cadre, and hired expert consultants, ARE/Praxis, to help coordinate, train, and facilitate our efforts moving forward. In the 2020-21 school year, all three large traditional high schools will be offering both courses. Our community will continue to be essential to the monitoring and refinement of its expression in our high schools through the Ethnic Studies Consortium which includes representatives from Ethnic Studies Now! Santa Barbara, the Ethnic Studies Cadre, district representatives, students, ARE/Praxis, and other community partners.

What is Ethnic Studies in Santa Barbara?

Ethnic Studies is the interdisciplinary study that centers Asian American, Black/African American, and Chicanx/Latinx, and Native American* peoples who have experienced, survived, and resisted hegemonic systems and structures of oppression. Ethnic Studies courses in Santa Barbara Unified School District aim to educate students to be socially, politically, and economically conscious about their personal connections to local and (trans)national histories. Students in these courses will study race through the intersections of social identities such as ethnicity, culture, gender, sexuality, ability, language, immigrant status, and class. They will analyze indigeneity, aspects of (de)colonization, white supremacy, oppression and privilege, and work towards empowering themselves as anti-racist leaders who engage in social justice activism. Dialogue drives the learning and supports the belief that each person has important knowledge, experiences, and voices to share. Students will have the opportunity to cultivate intersectional solidarity with groups of people, locally and (trans)nationally, to foster active social engagement, radical healing, and critical hope.

*These are the groups traditionally included in Ethnic Studies courses at the college level and in the California State Model Curriculum. 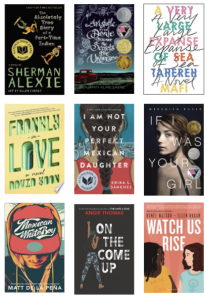 We plan to hold a virtual community forum this Fall. 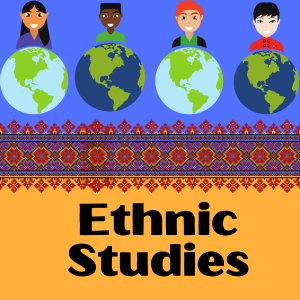 We are excited to be implementing two new courses which will fulfill the Ethnic Studies graduation requirement established for the Class of 2024 – English 9 Ethnic Studies, and an Ethnic and Social Justice Studies elective. We recognize that these are extraordinary times, and that many students, families, staff and community members may have questions about the courses.

We invite you to submit your questions about Ethnic Studies in SBUnified through this Community Input Form, available in English and Spanish.

While it will not be possible for us to deliver individual responses to your submissions at this time, your questions and comments will shape the on-going development of our Frequently Asked Questions in the short term. Ultimately, we envision your questions will inform future communications and community forums.

*Indicates a class that was not originally on our list but which would fulfill ES requirement.
Course Catalog for SBCC American Ethnic Studies